Current treatment of metastatic cancer is based on a combination of cytotoxic agents or Chemotherapy. It is important to understand that this group of medications contains numerous agents of different families with various mechanisms of action and different toxicity profiles. Current therapy for metastatic colorectal cancer for example, is based on Fluorouracil compounds such as 5FU or Xyloda® combined with newer agents such as CPT-11® or oxaliplatin®.

The development of biological therapies and other targeted therapies based on the principal of selective binding of biological agents to cancer cells is a major leap forward in cancer therapy. Novel agents such as Bevacizumaqb (Avastin®) or Cetuximab (Erbitux®) were shown to significantly improve median survival.

However, despite the major developments in cancer therapy, most patients with metastasis to the peritoneum will not be cured without surgery.

The option of cytoreductive surgery and HIPEC provides a new avenue to selected patients with peritoneal surface malignancies. 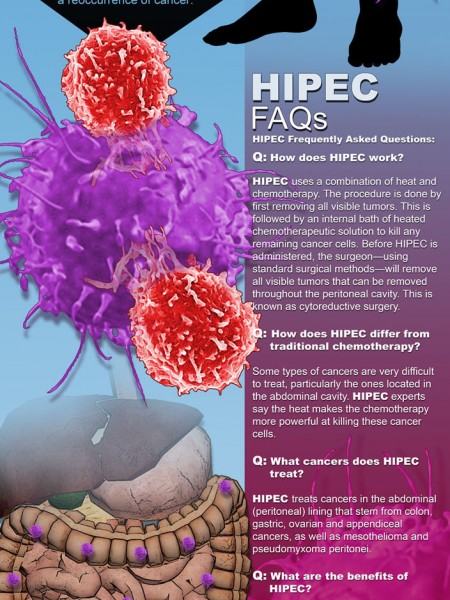